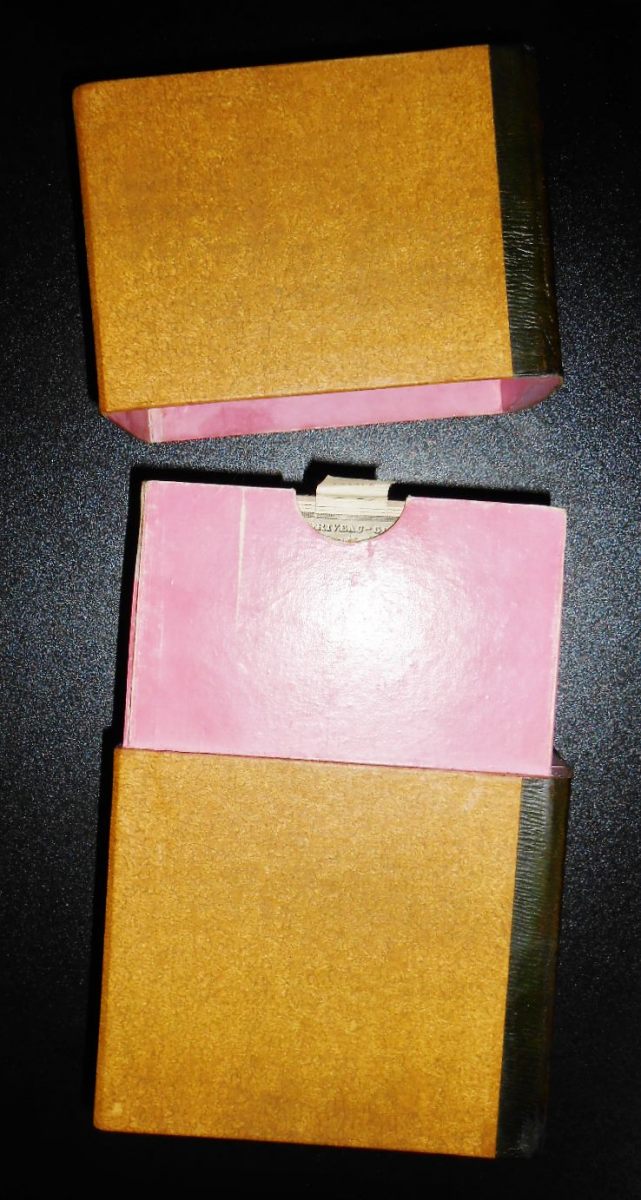 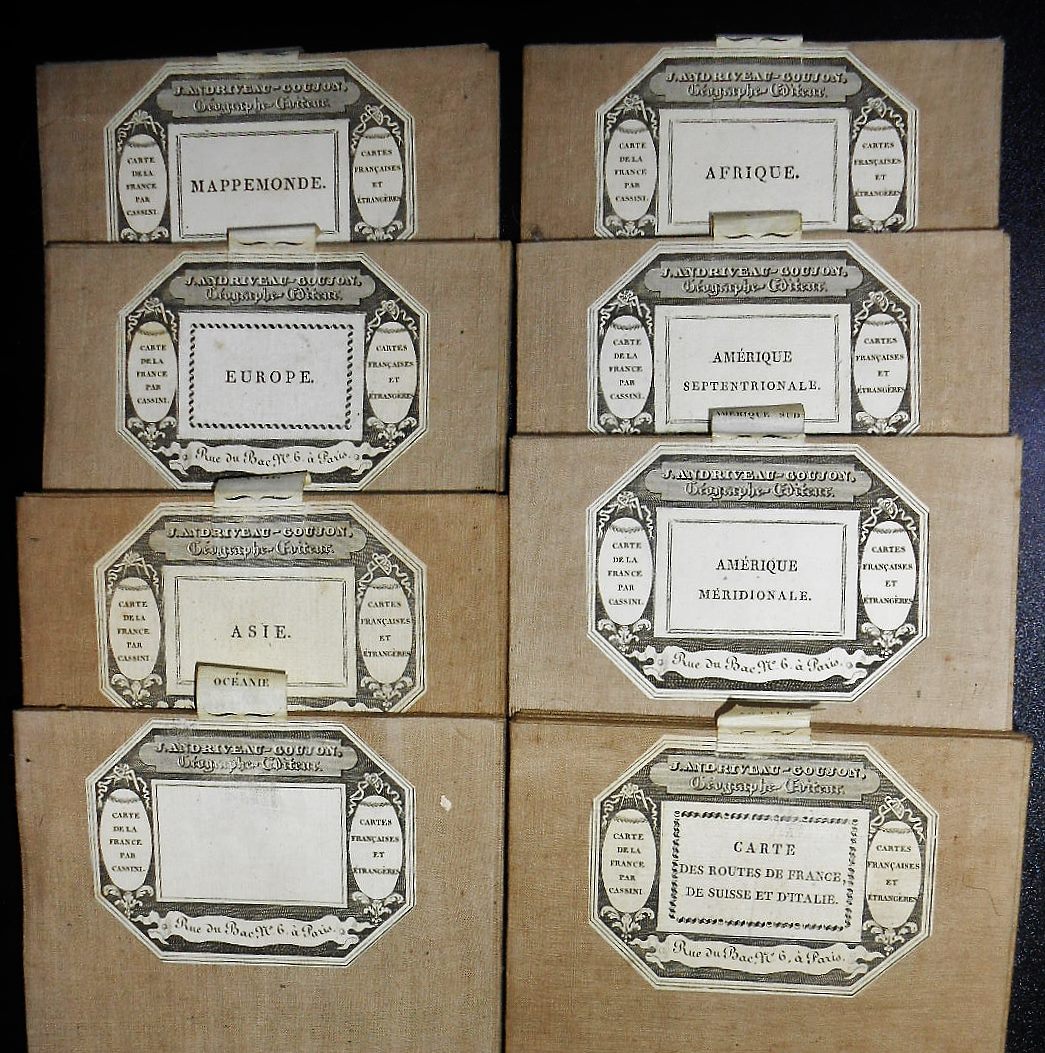 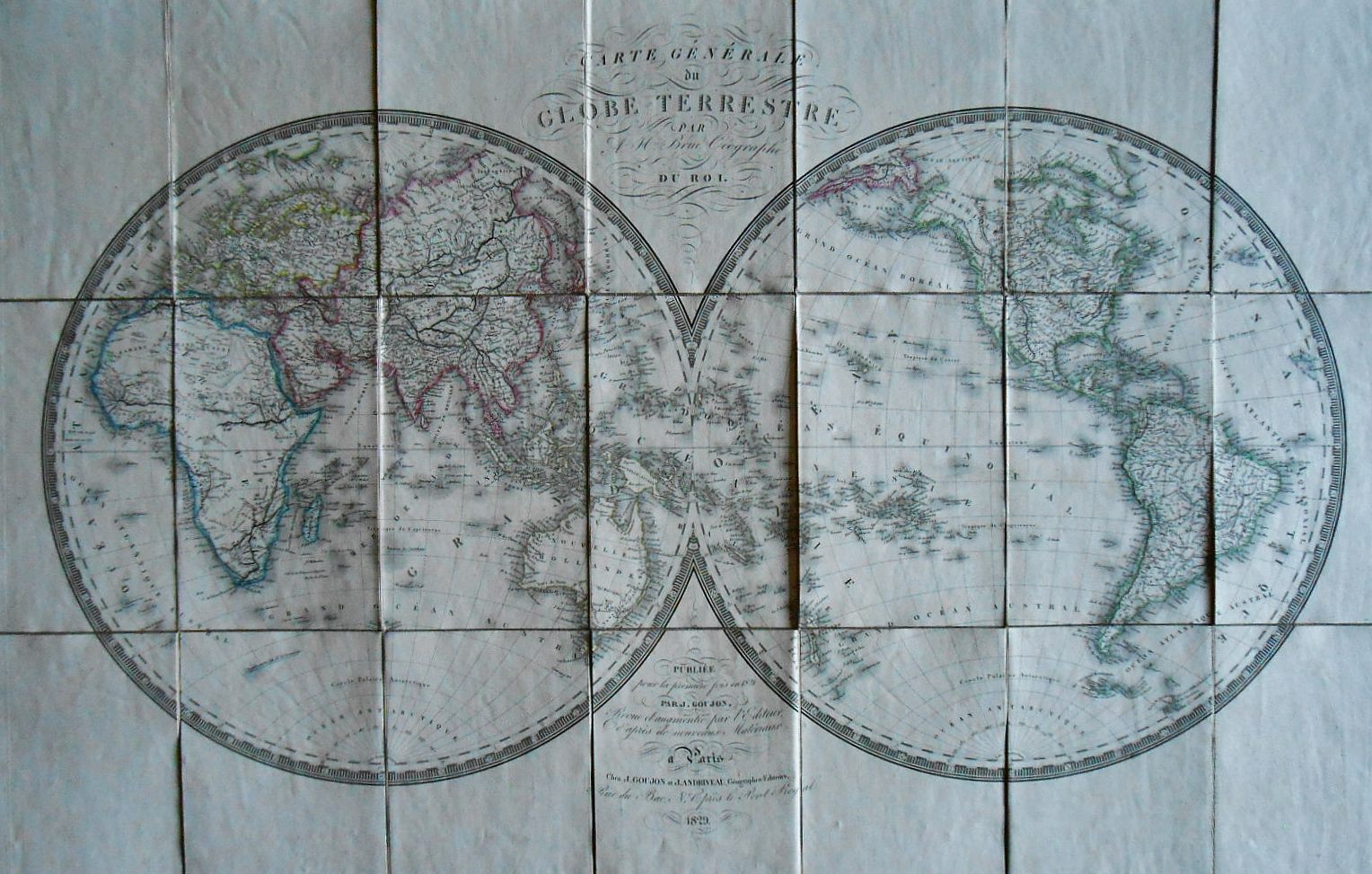 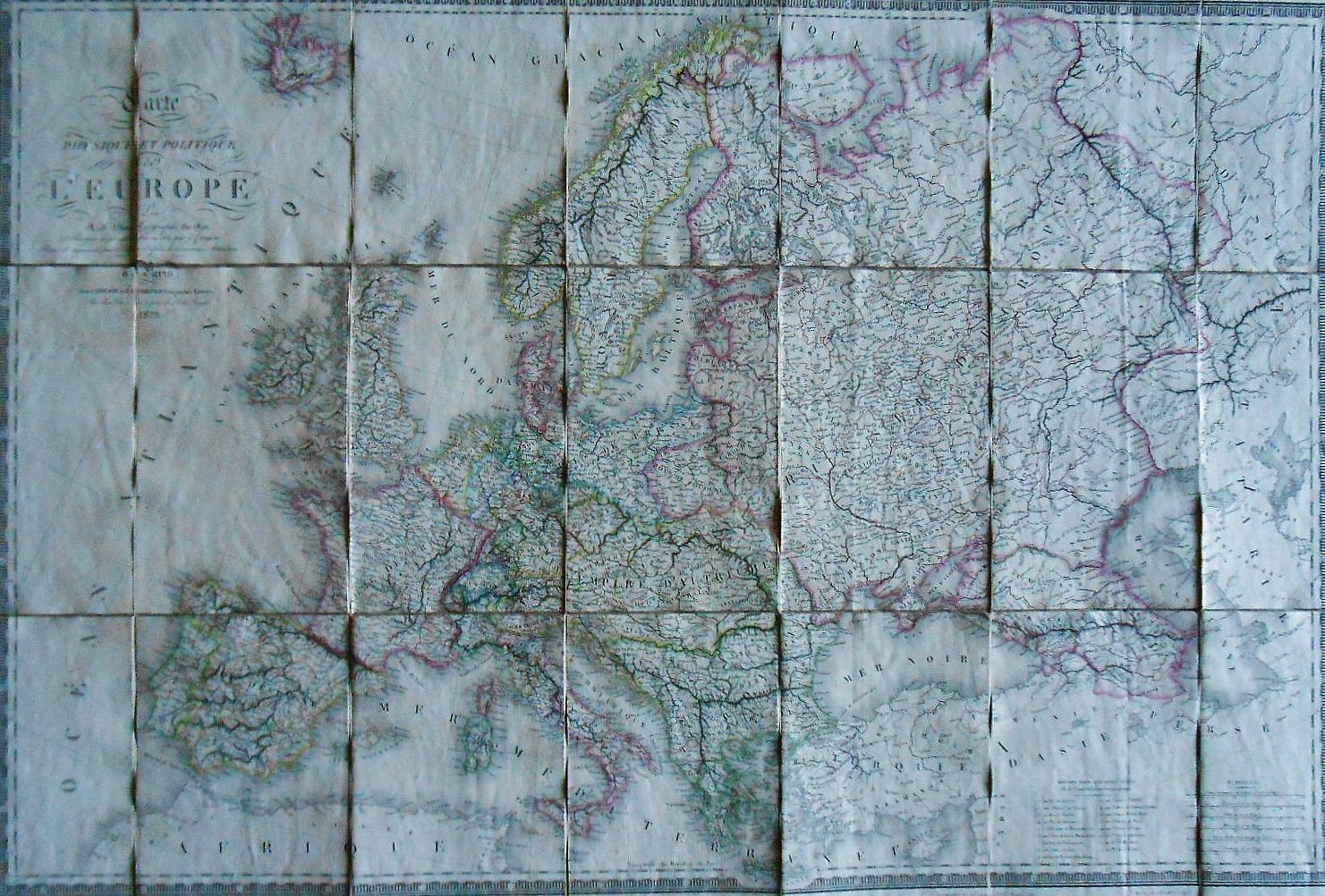 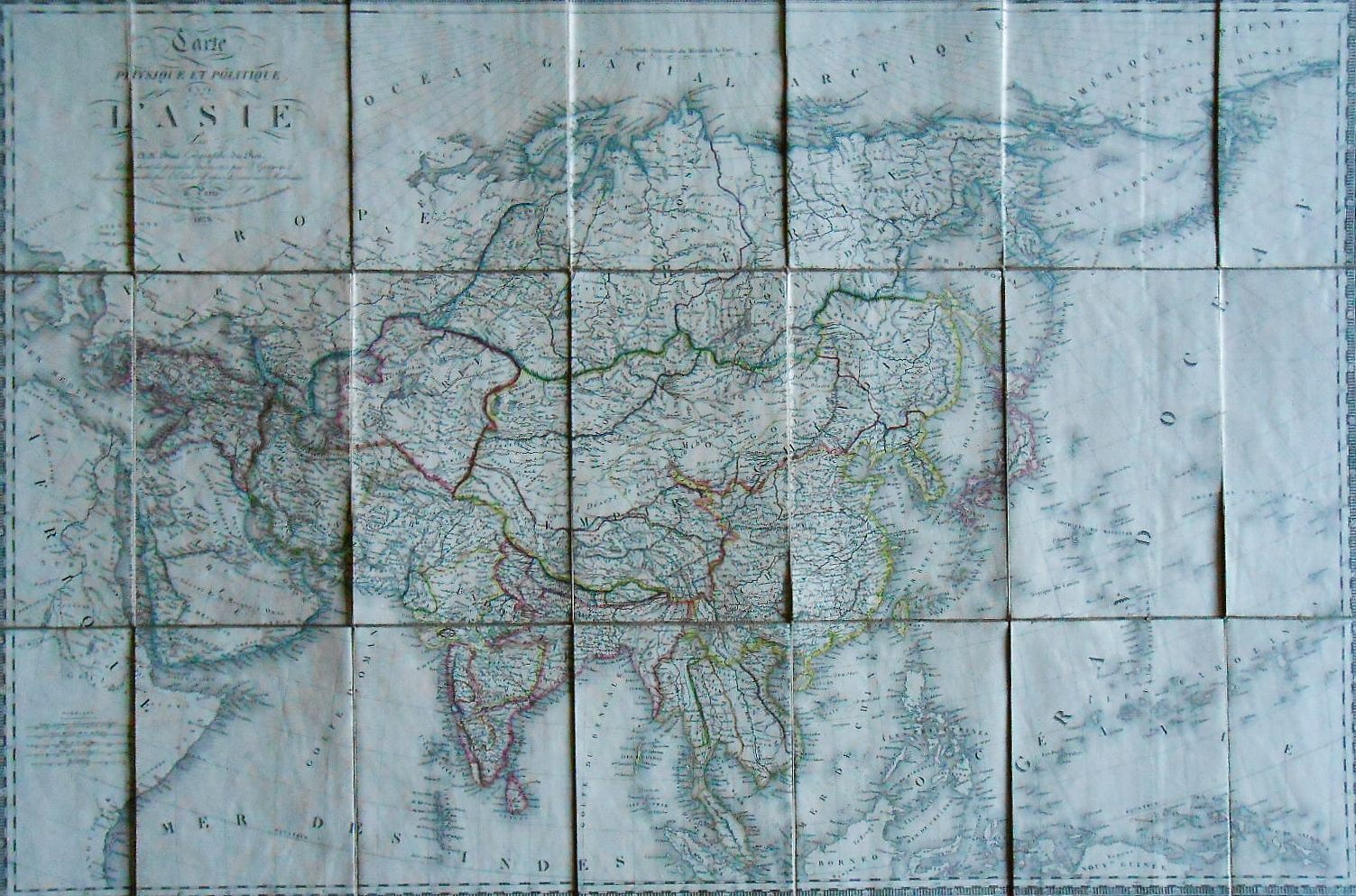 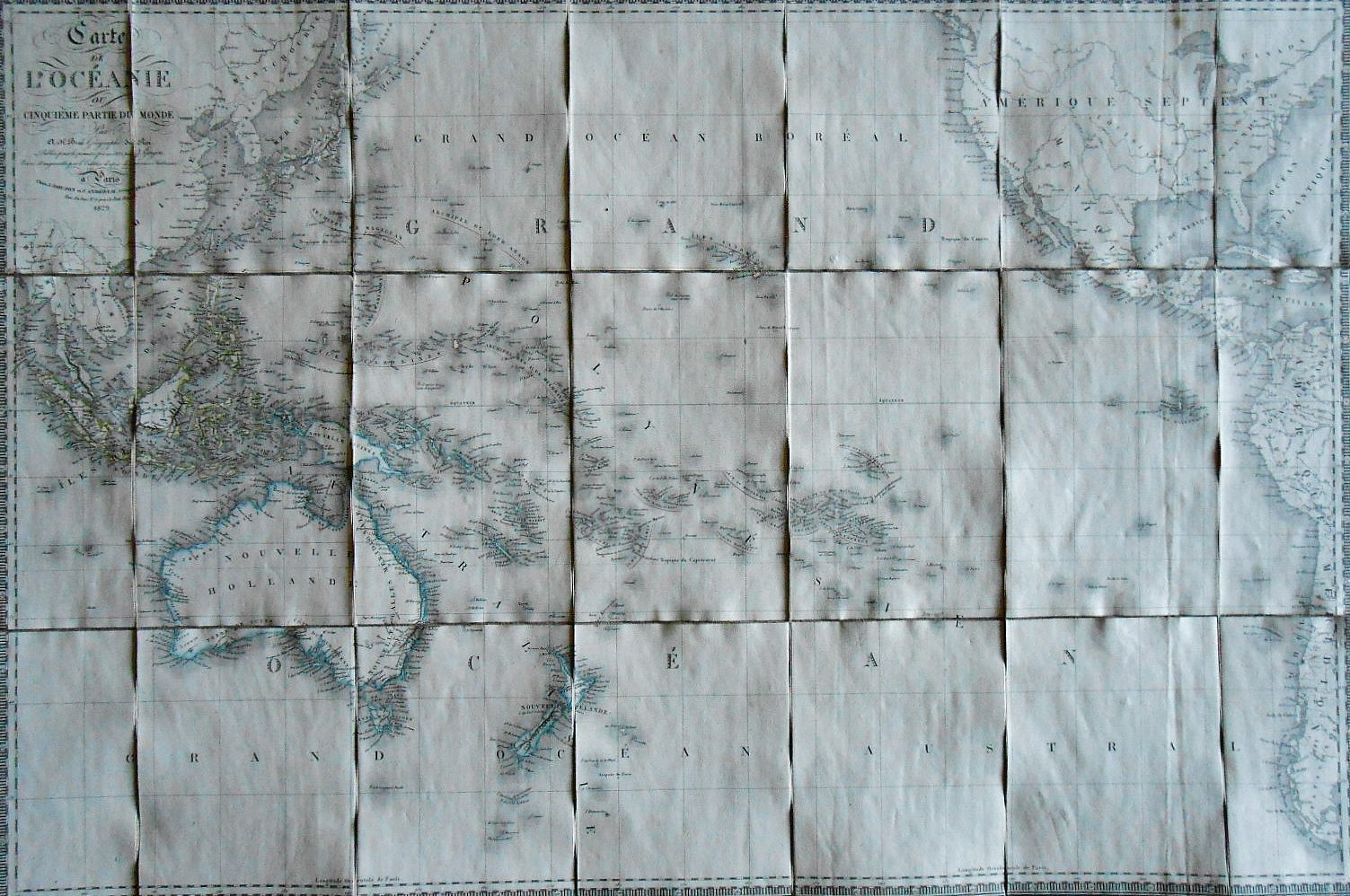 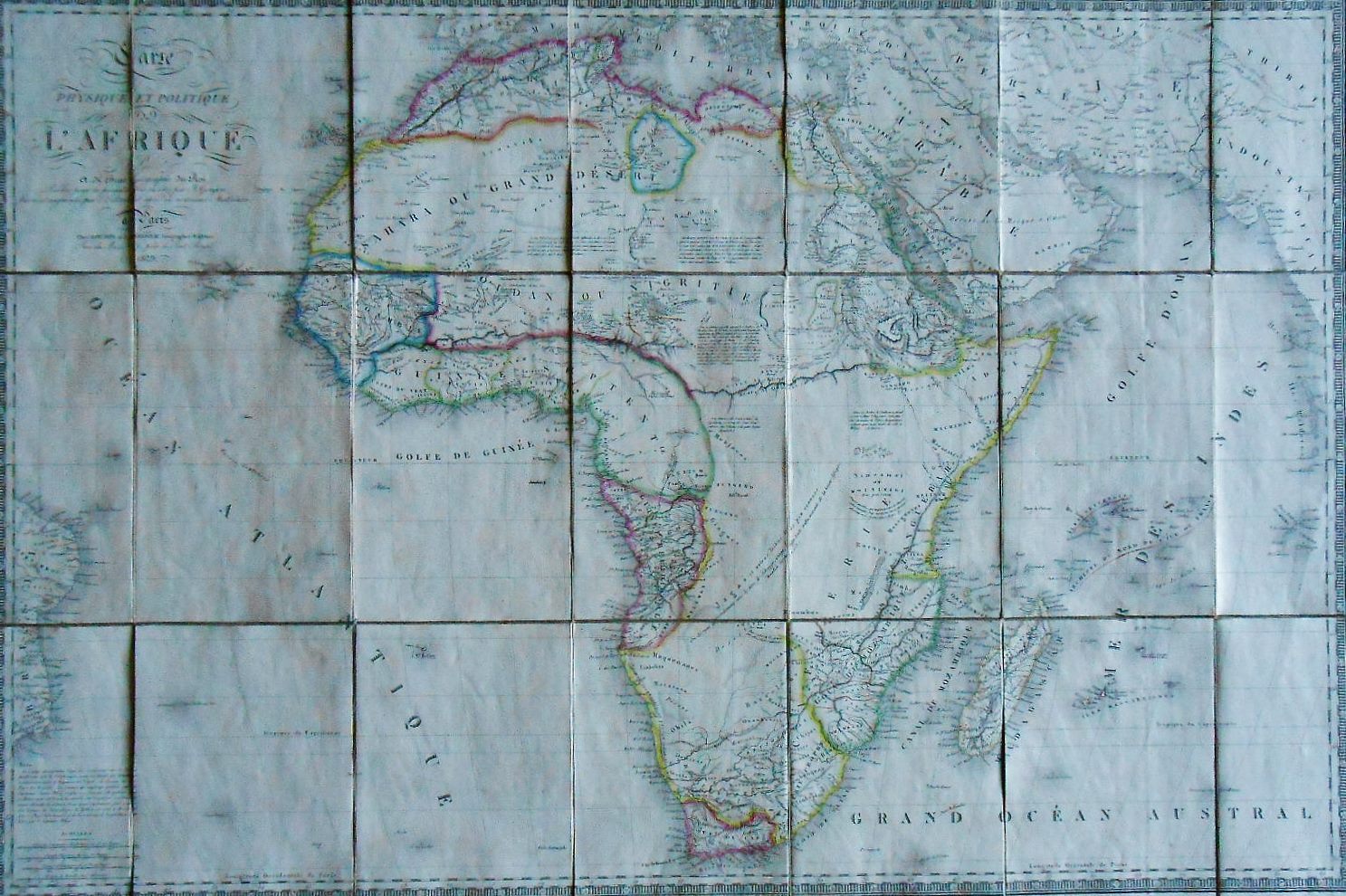 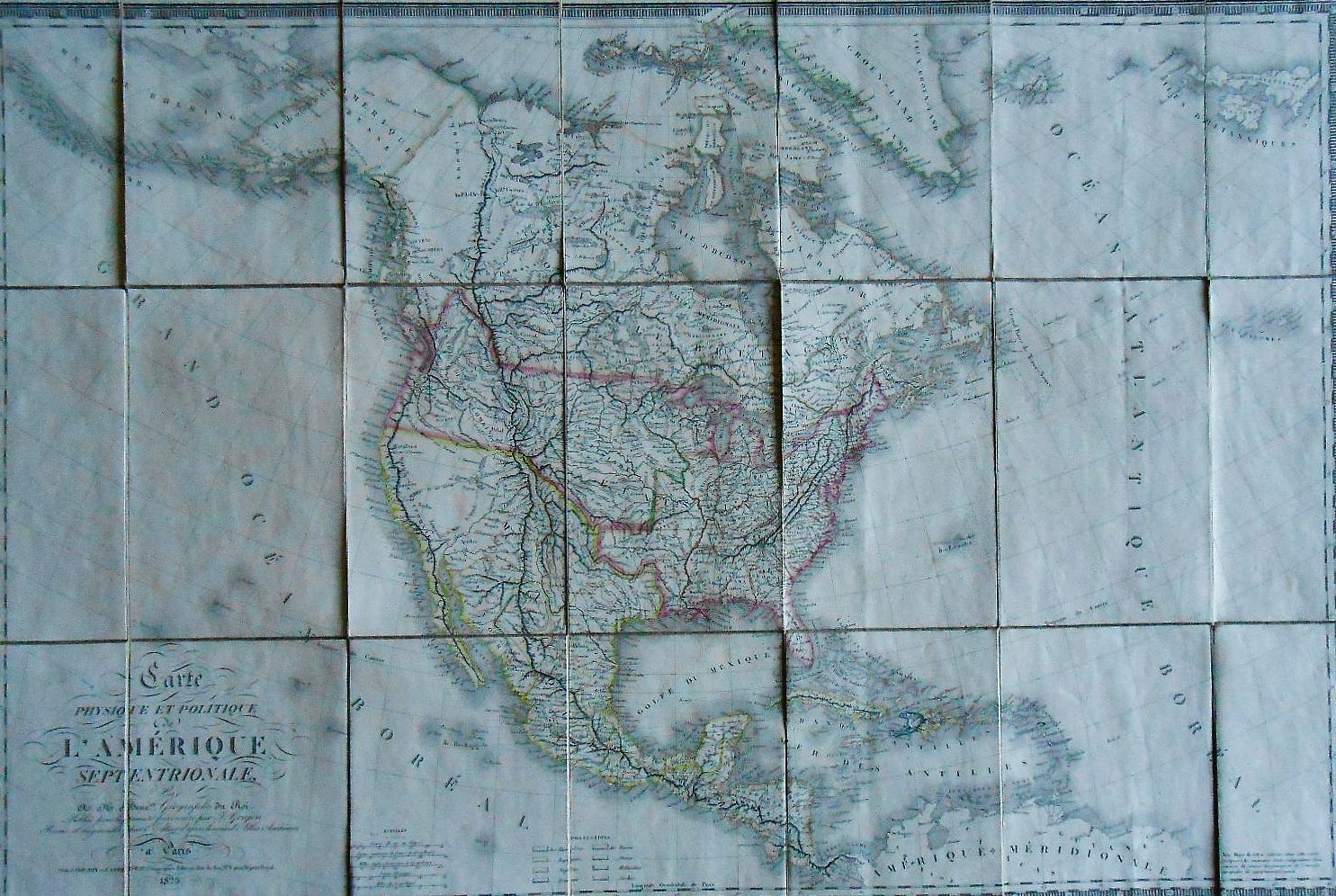 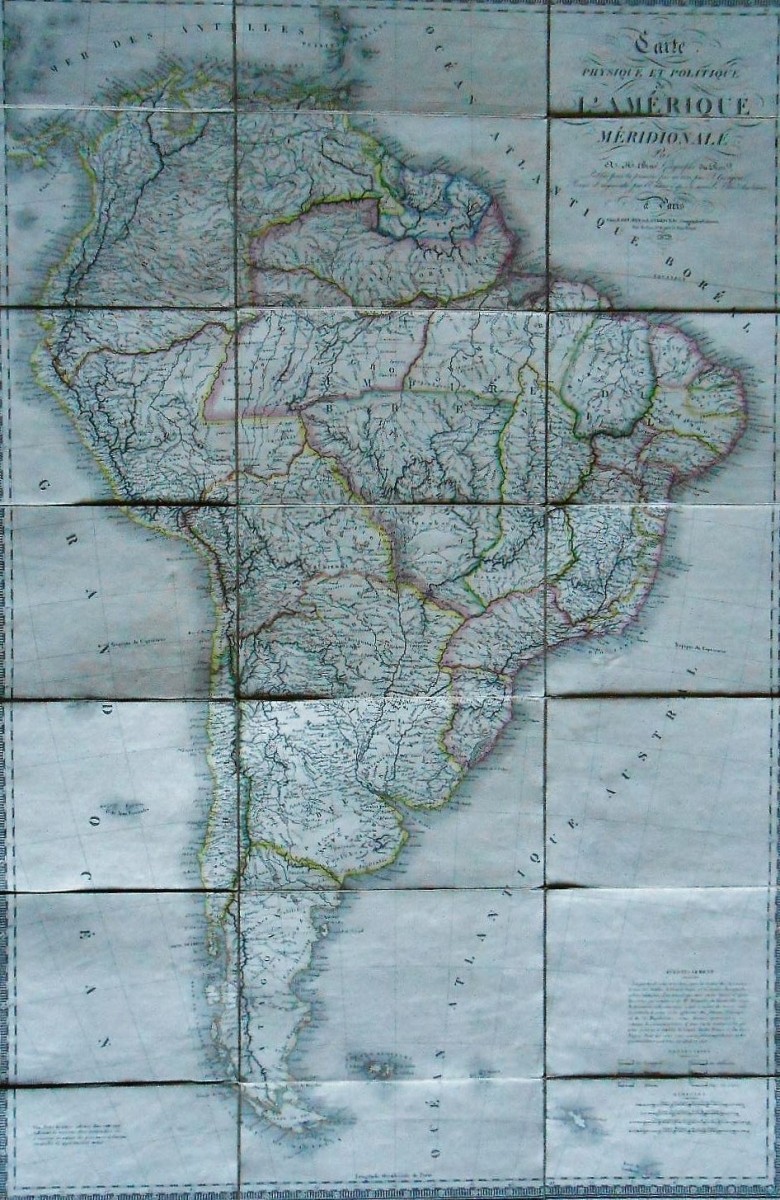 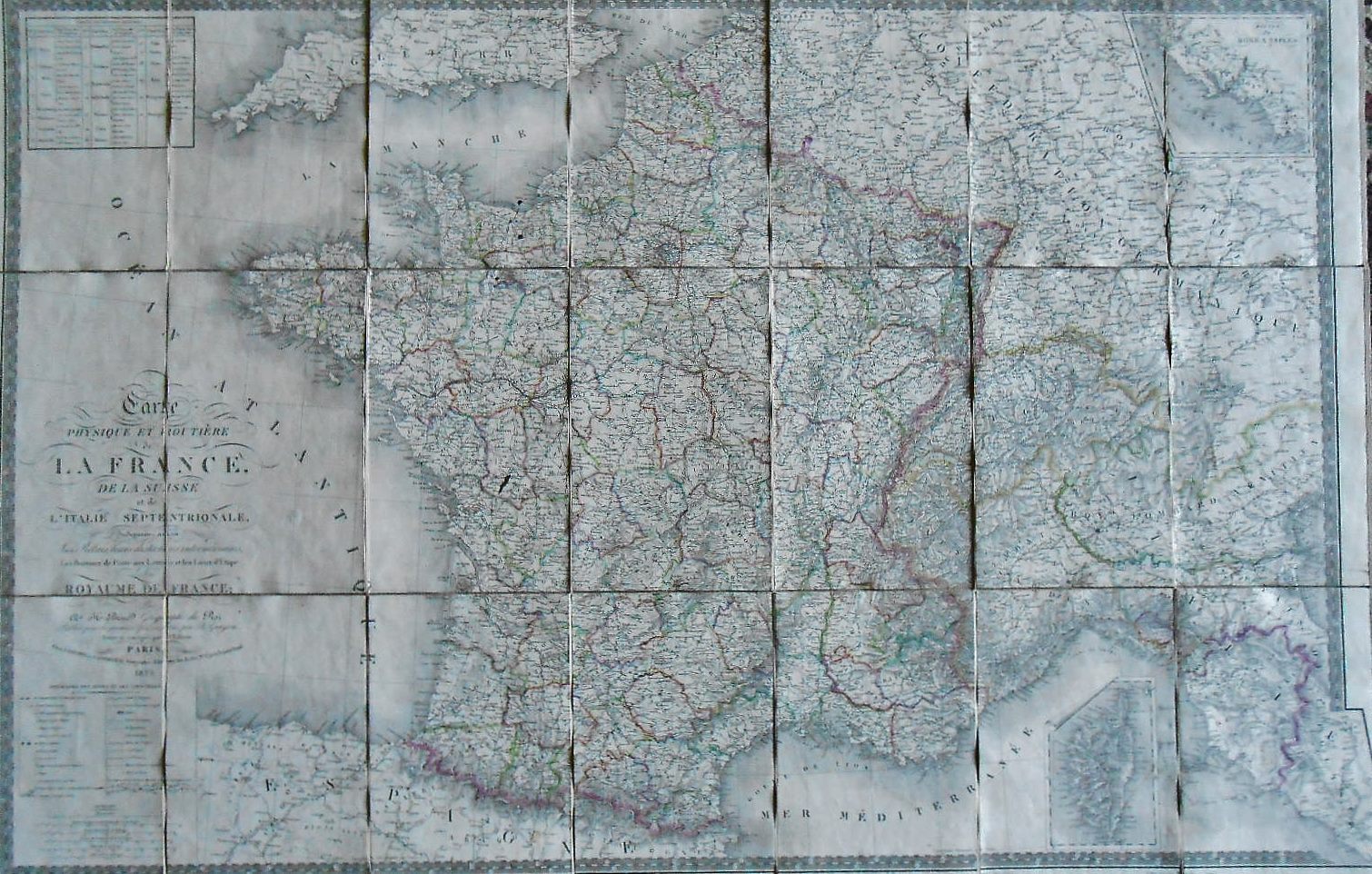 Brué's large-format maps reviewed and augmented by the publisher based on new materials, whose new American Atlas, first published in 1820, 21 and 22 by J. Goujon. 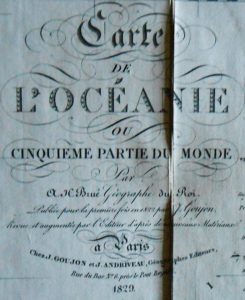 Adrien-Hubert Brué (1786-1832), is a French cartographer. "Scientific Europe had proclaimed him one of the most distinguished cartographers of the present era. He was a member of the Central Committee of the Paris Geography Society, and associate Member of the London geographical company. […] M. Brué had sailed a lot, he was part of Captain Baudin's expedition ; he had visited the northern seas as well as the areas around West Africa, and reported from his travels a true passion for science that was to illustrate his life. On arrival in Paris, he began by applying this ingenious process of drawing on copper itself to the making of maps. [encyprotypes maps], which ensures more accuracy and gives the contours more finesse, sharpness, properly modify the orographic system or the land topography, to mark the various rivers with a full line and thus establish, at first glance, their volume ratio. The first maps of Mr. Brué, the five parts of the world traced according to this method announce a conscientious geographer. Oceania was superior to the others by the happy use of the materials then gathered.  " (Larenaudière. Nouvelles annales des Voyages et des sciences géographiques, third volume of the year 1832, pp. 160-161).

Pierre Georges Boutigny, born in Pontoise in 1806, is based in Paris as soon as 1828, and exercises until 1865. He is renowned for the quality of his rockery-style bindings and for his keepsakes. "We know that we give this name to a binding of a particular kind, which consists of a slipcase made with a lot of art. M. Boutigny, through hard work, has been able to achieve what, up to him, we thought it was impossible. [… ] His establishment is the only one in Paris that has been able to undertake and execute large orders of keepsakes. That's where come from., in the era of new year's gifts, all these beautiful and rich volumes decorated with illustrations that appear with so much advantage on the window displays of fashionable stores. » (Foucaud,  Les Artisans illustres, p. 614).

Although a dark shadow on the back of Boutigny's elegant slipcase, the whole is extremely seductive, maps in perfect condition, which is rare.