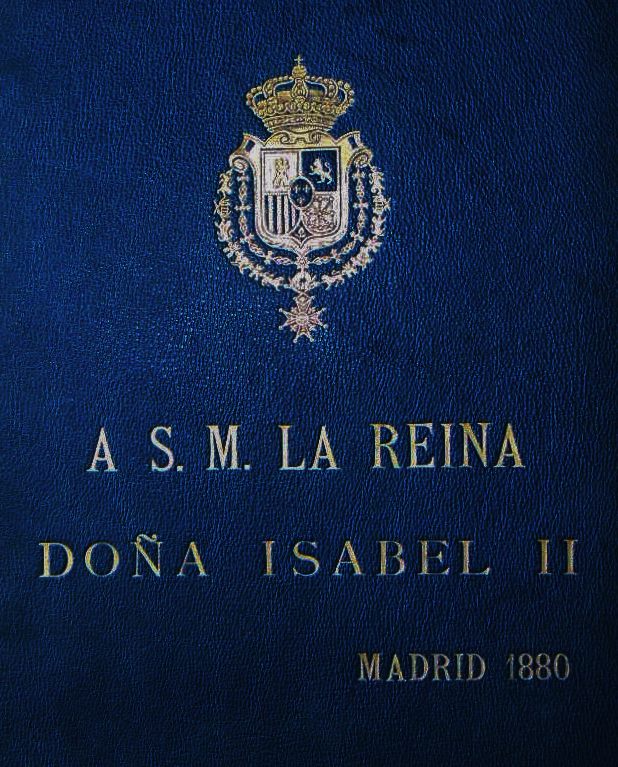 Emotional testimony of gratitude from the author to his queen, now exiled to Paris since 1868, who had supported him in his pharaonic architectural project, one of the grandest of its century in that area. 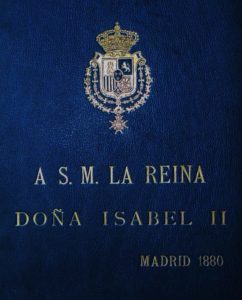 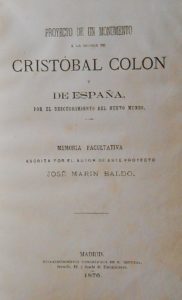 First edition, enclosed 9 original photographic prints from the model of the monument mounted on a strong cardboard, thumb-indexed.

José Marin-Baldo y Calchia (Murcie, 1826-id, 1891), one of the most fascinating architects of his time, trained in Madrid and Paris, had elaborated a grandiose monument to pay tribute to Christopher Columbus. But the dimensions of it were such that he could not find a place to erect or finance. However, he was supported by Queen Isabella II, who financed the construction of a scale model of 1/30th and had it presented at the National Exhibition of Fine Arts in 1866. Ten years later, the monumental project won a gold medal at the Philadelphia World's Fair in 1876, as the architect specifies in an autograph note; his project was awarded and qualified by the jury "de bello, y de original y grande ". 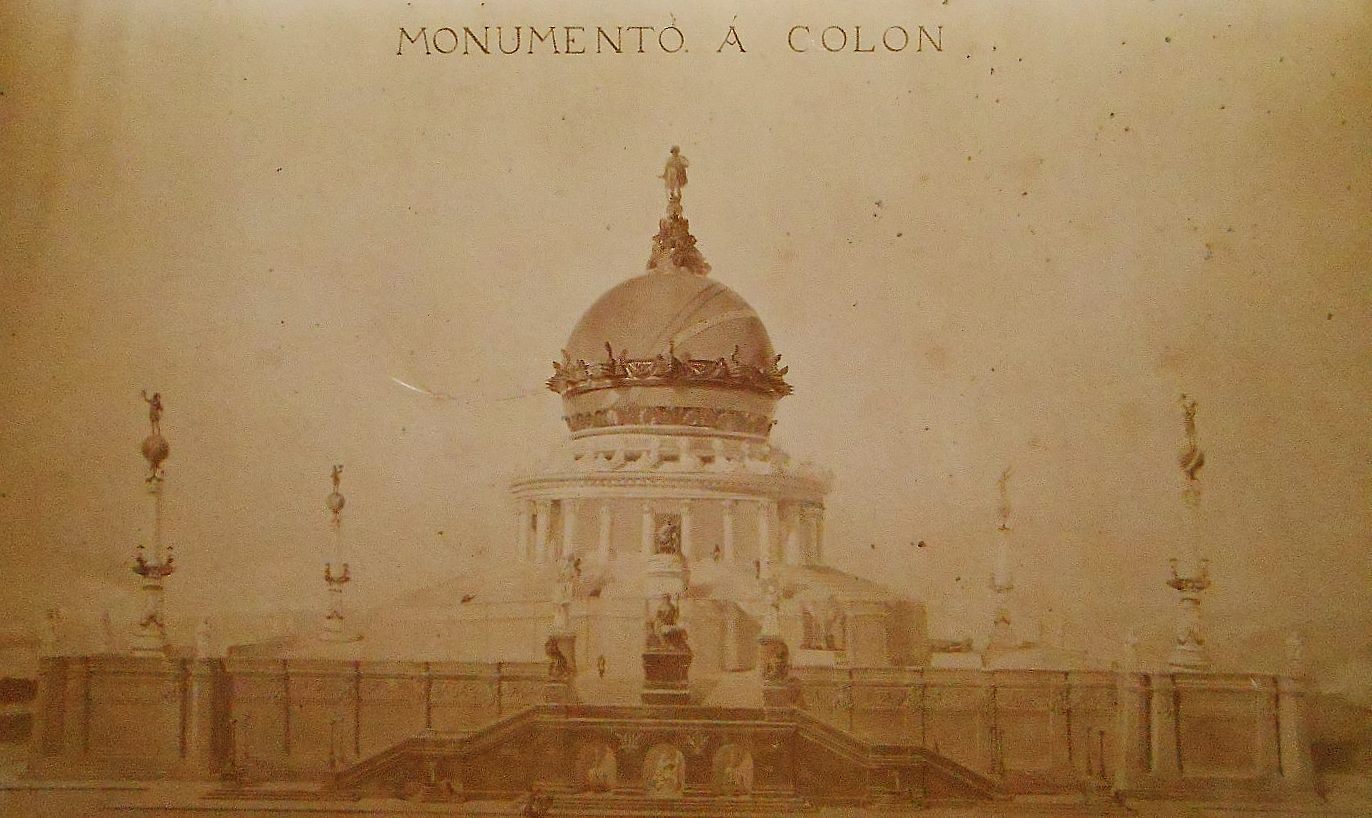 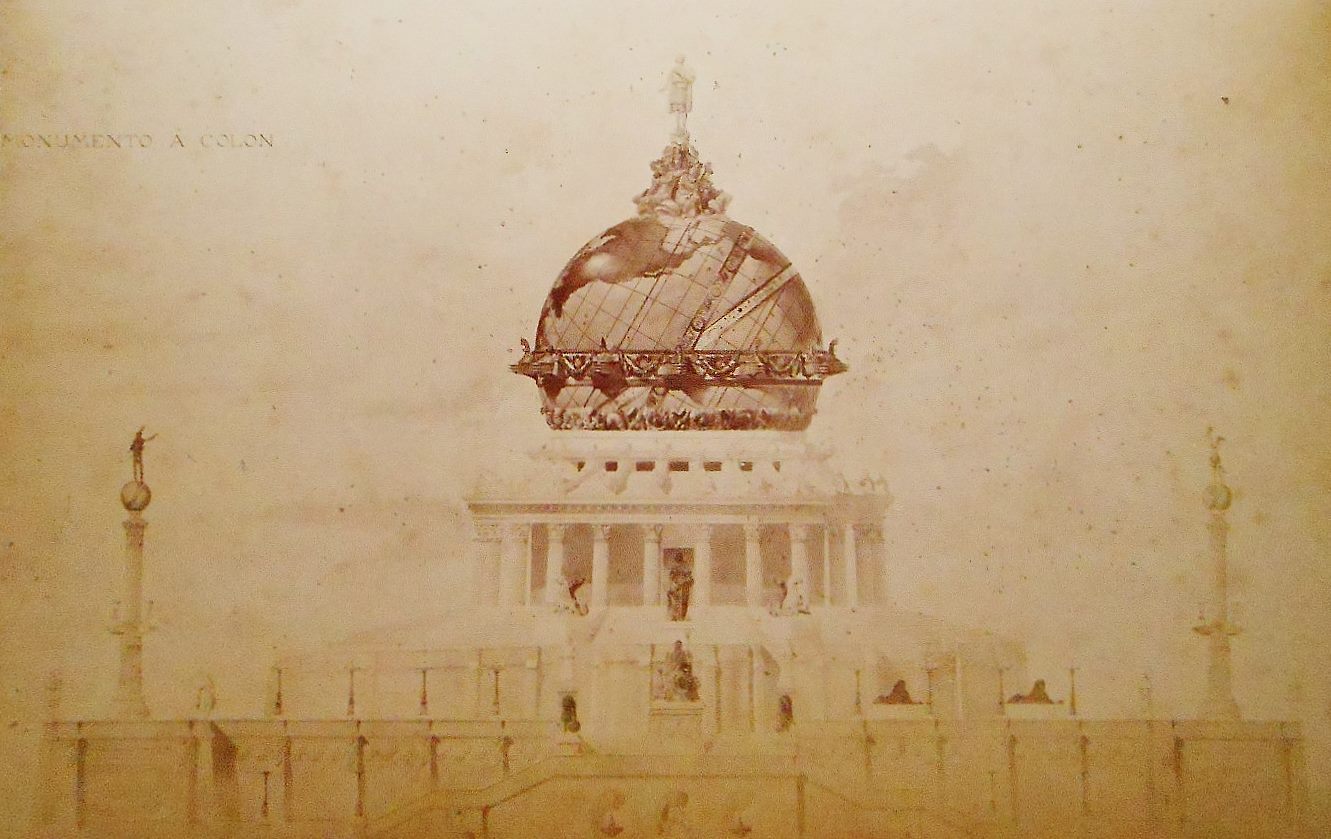 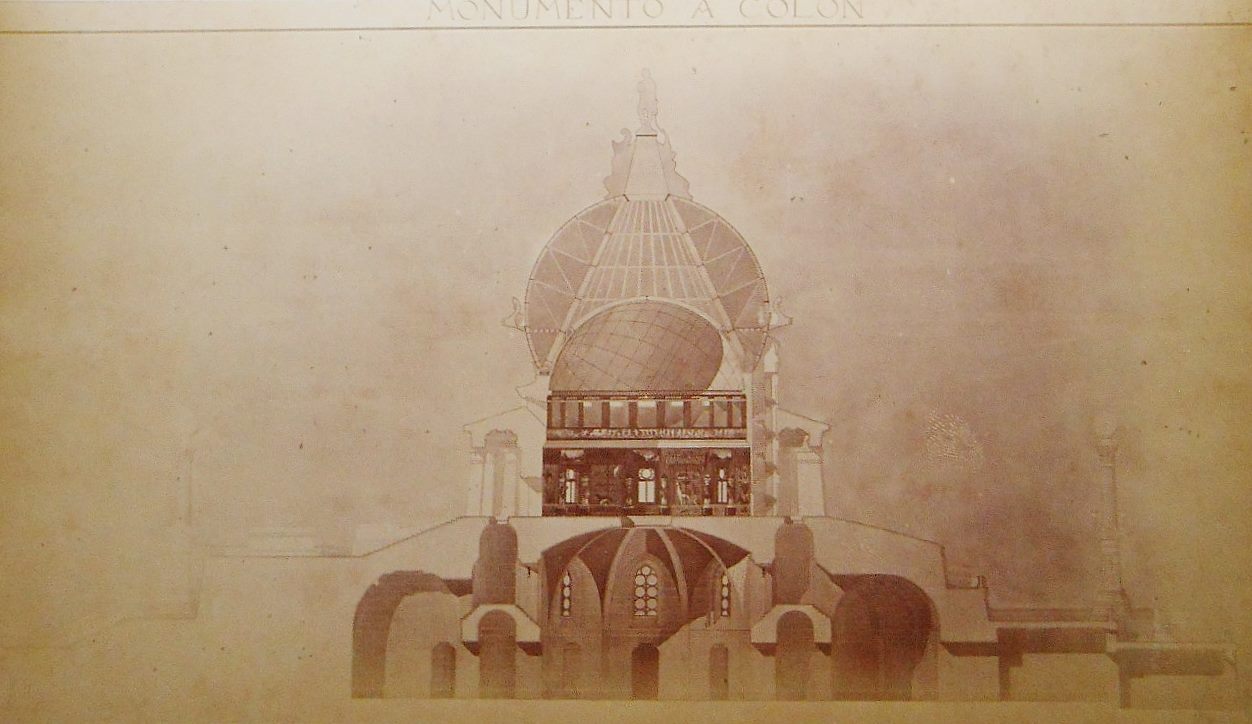 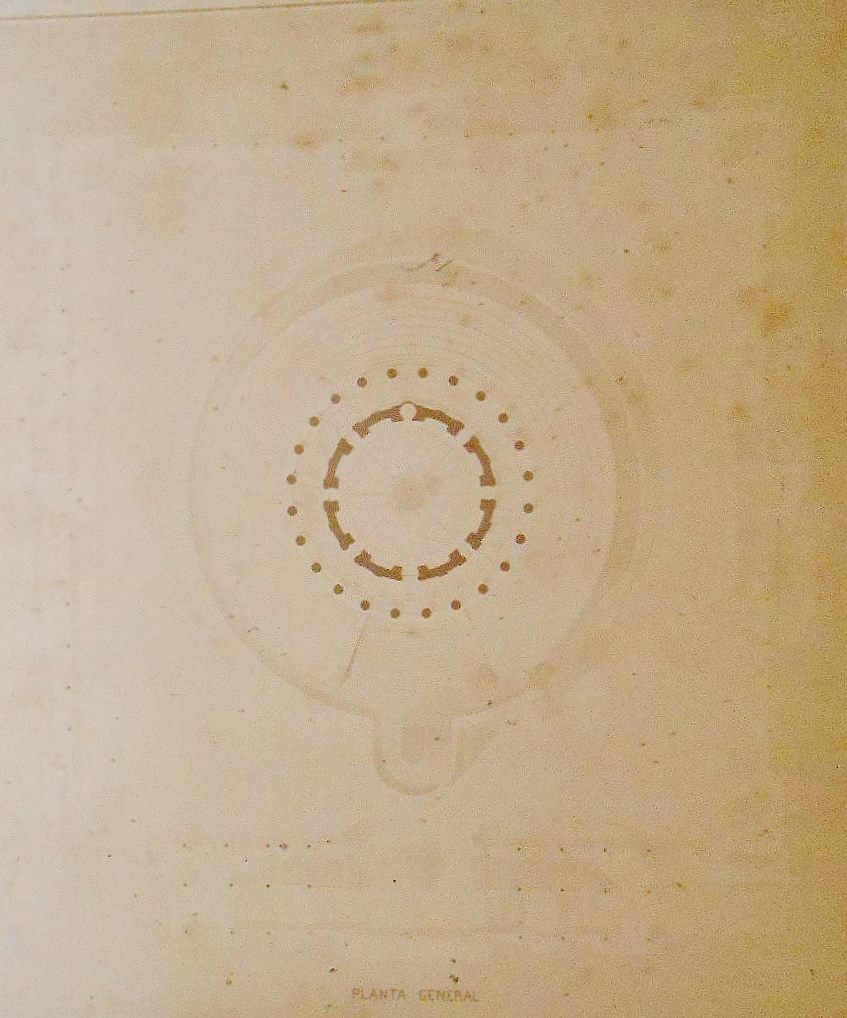 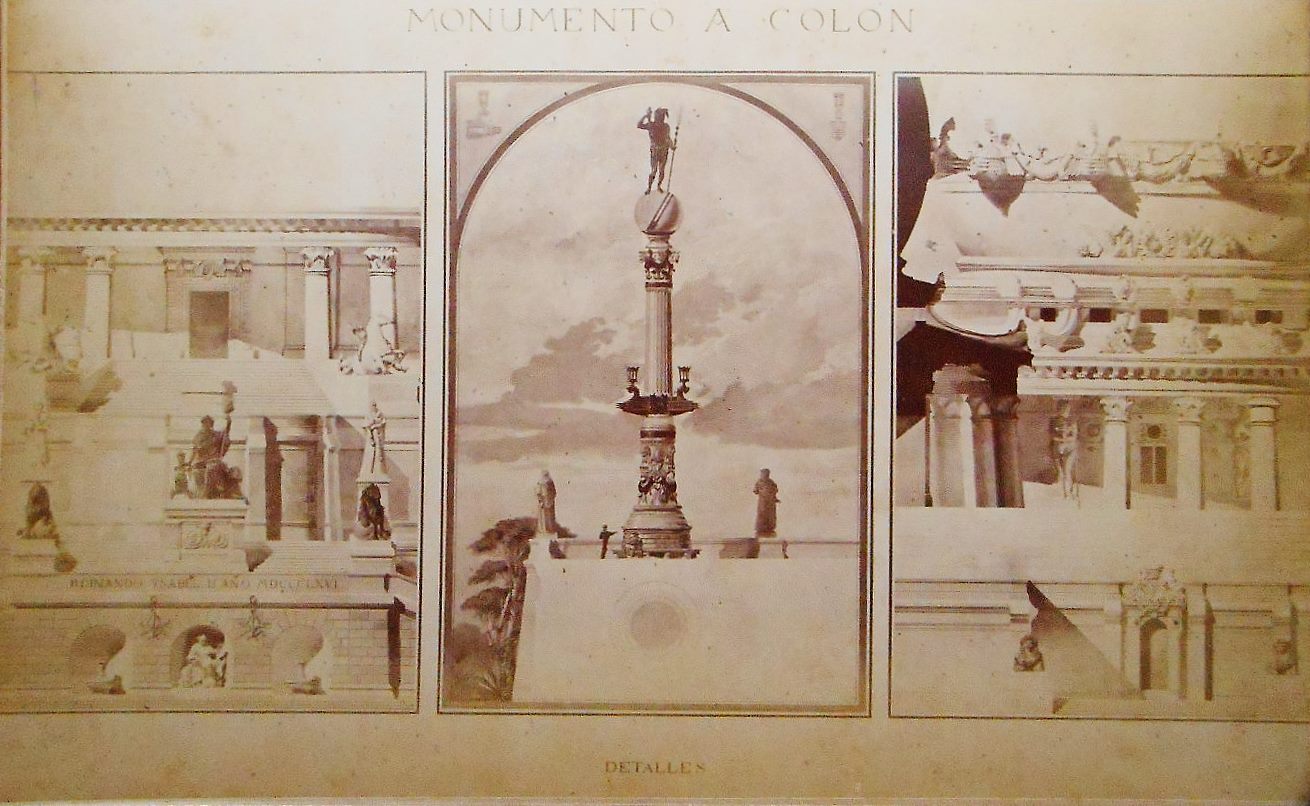 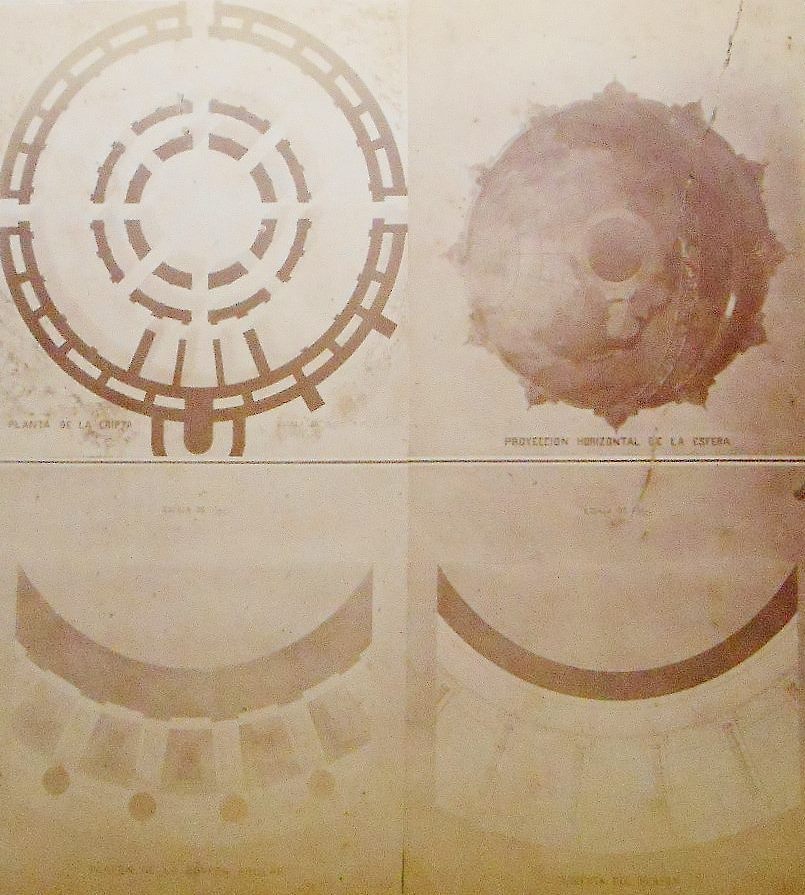 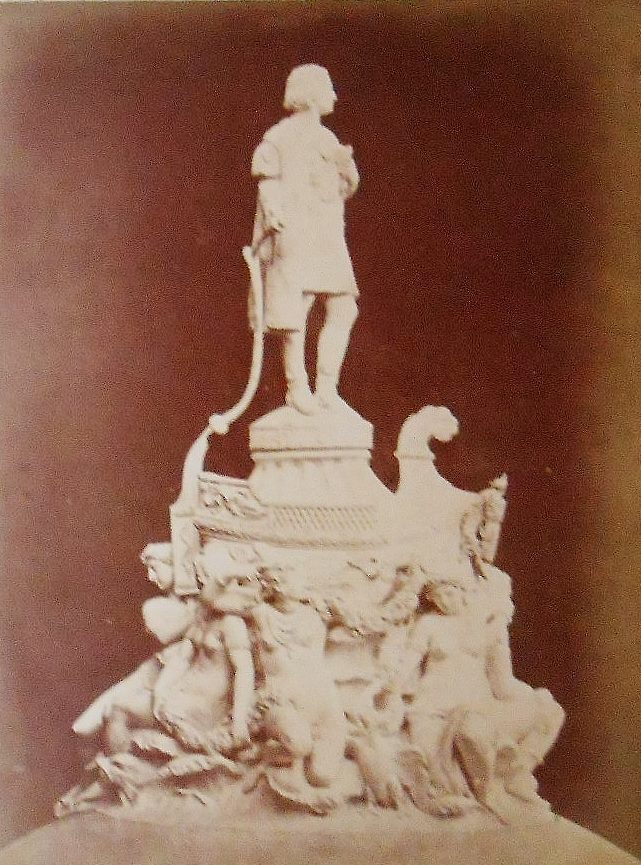 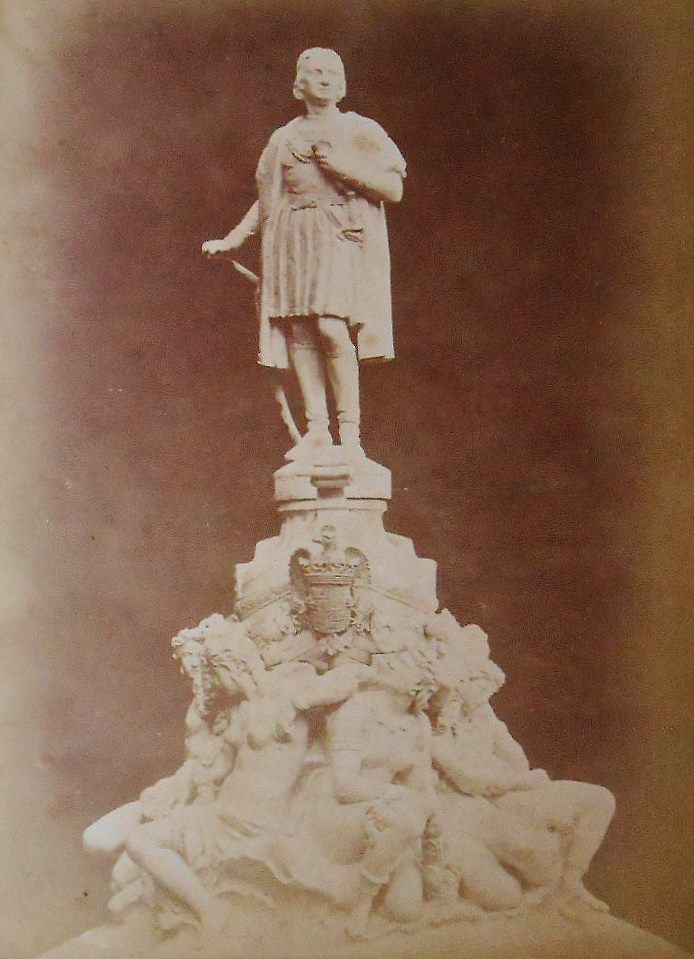 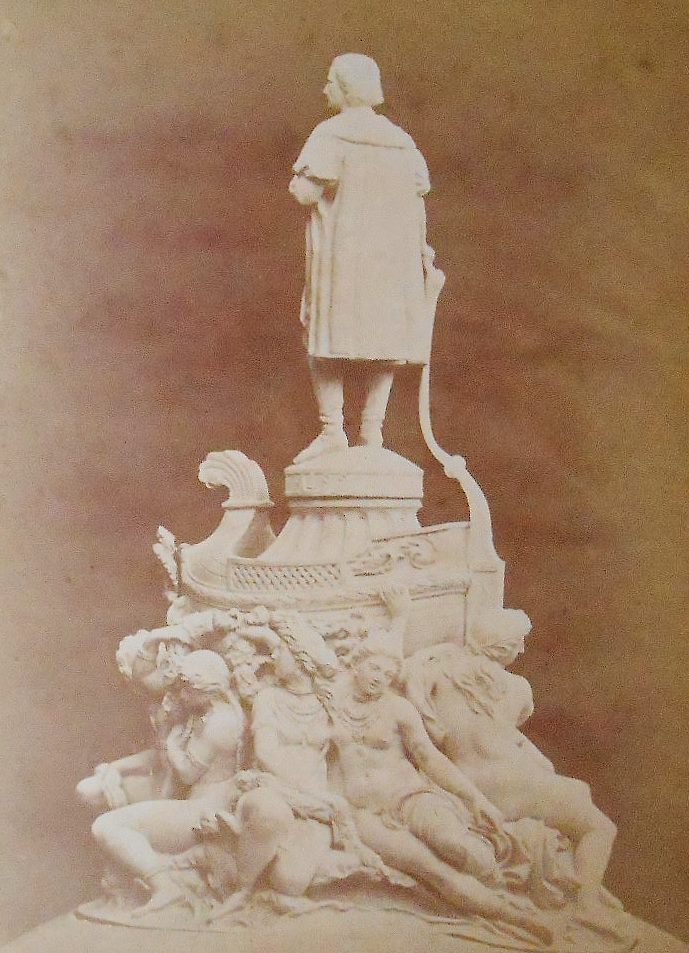 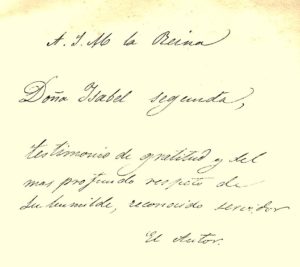 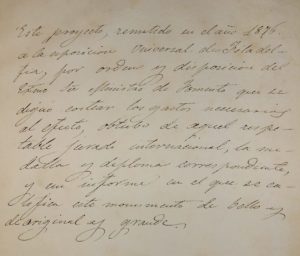 Owner'stamp of Montclar Castle Library (in Saint-Georges-de-Monclard, Dordogne) , and modern ex-libris with arms (1976) from its owner, Patrick Esclafer de La Rode (Angoulême, 1944 – Périgueux, 2015), french historian and genealogist, best known for contributing to the revival of the legitimist current in France. He was general secretary of the council of the Duke of Anjou and Segovia, infant of Spain and head of the House of Bourbon. 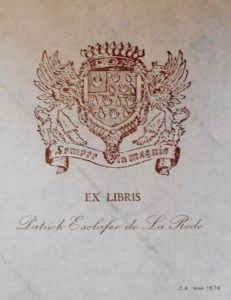